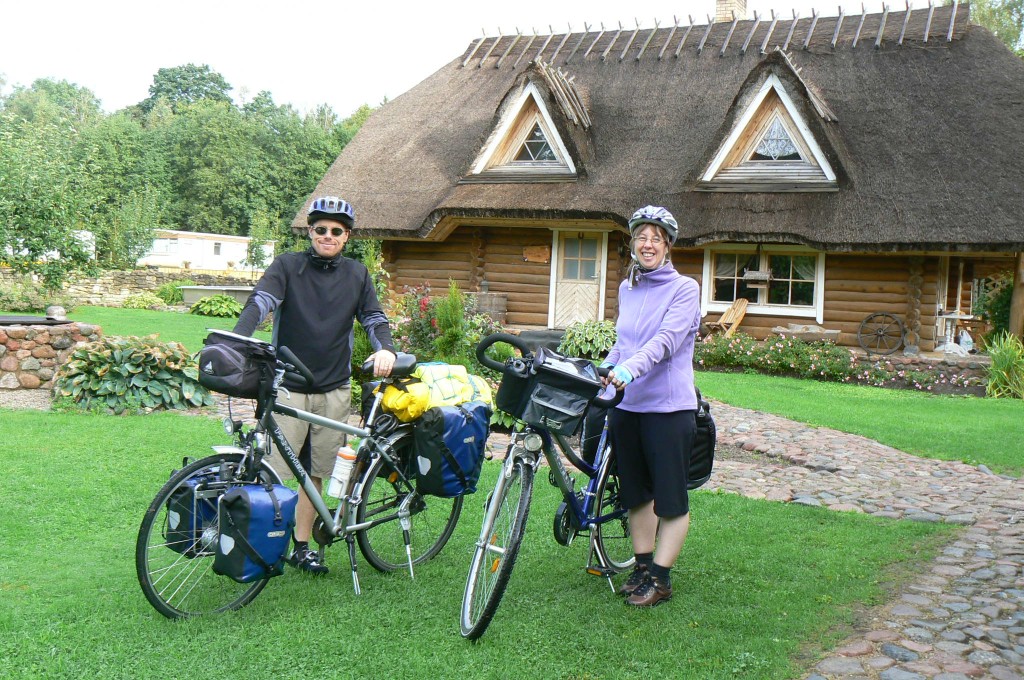 Our chosen start/finish line for this adventure was the Peetri Tourist Farm guest house in the tiny village of Sauvere. Heavily-laden with five days of food and five litres of water, we set off along a wide smooth gravel road, turned south along the main road, rode a couple of kilometres and stopped for our first photo. Saaremaa is scattered with many lovely, still and silent historical windmills.

Within minutes of returning to our still-supple saddles, we were off them again, taking refuge inside one of Saaremaa’s many immaculate bus shelters hiding from a light downpour.

Within twenty kilometres we were entering the capital city of Kuressaare. We stopped at the post office to buy a map and slowly rode through the town looking for a cafe. Before we knew it we were out the other side, a U-turn was necessary for a second ride-by. Kuressaare is a beautiful quaint bink-and-you-miss-it old town consisting mainly of a slow winding road flanked with cafes suitable for tourists but not for us. We settled for a small terrace down a minor cobbled alley outside the Saarte Sahver health food shop. They gave us good service, free internet and good plunger coffee. We ducked inside to avoid another shower and then returned to the terrace to finish our coffee. 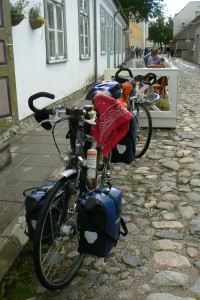 Castles; if you have seen one, you have seen them all and I am a little sick of them. We almost cycled past Kuressaare’s humble castle, I did enjoy cycling over its lovely draw-bridge through the wall right up to its iron gates and paywall. Keen to keep our money for further coffee, we meandered a little before exiting via the southern door.

Upon exiting, Sharon, my wife and cohort in the adventure, a little unsteady with new panniers, was forced to do a slow dance with a dreaming pedestrian. As she veered left to avoid him he would walk left, then when she veered right, he would walk right. It was all very humorous and became very clear that this strange little man was teasing my wobbling wife. As we rode past his comfortably embarrassed wife, she let out a little apology in perfect New Zealand English. We kept cycling.

We continued south along a collection of immaculate cycle paths and quiet excellent roads. Hunger drove us through the sand-dunes to the beach somewhere near Järve, where we found a peaceful table and benches set amongst dancing marram grass and sulking clouds. Before leaving on this trip I had purchased a second bike-stand and here in the soft sand, was very thankful that careful parking and two stands together allowed my trusty Lithuanian Panther to stay upright. We broke out my battered Trangia stove, a can of beans, tortillas, salsa and cheese and feasted. I was still hungry at the end so topped up with some perfectly disgusting and adequate instant mashed potatoes.

We continued to cycle south, stopping at Salme to buy some food for supper and opting not to get water until the next shop.

Supper was spent at Massa, flanked in lowland forestry in a bus-shelter conveniently equipped with a picnic table. Tuna sandwiches in the twilight.

Our goal was to cycle an average of fifty kilometres a day, however I had read on Warren and Esther’s blog that there was a good camp-site somewhere down south near the lighthouse. We never found it, ending up sleeping beside a bunker on the side of the road near Sääre. Some kind person had even left a fire pit stacked with firewood. We finished our 76.98 km day resting in the glow of a setting sun, rising camp-fire flames and the dim glow of a local lighthouse. 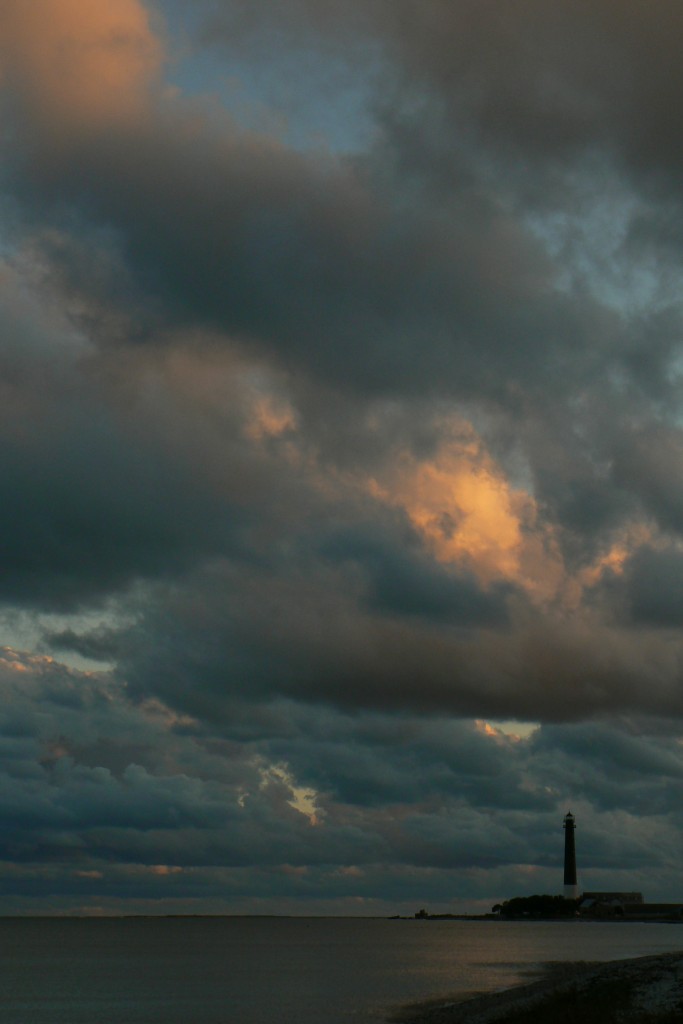