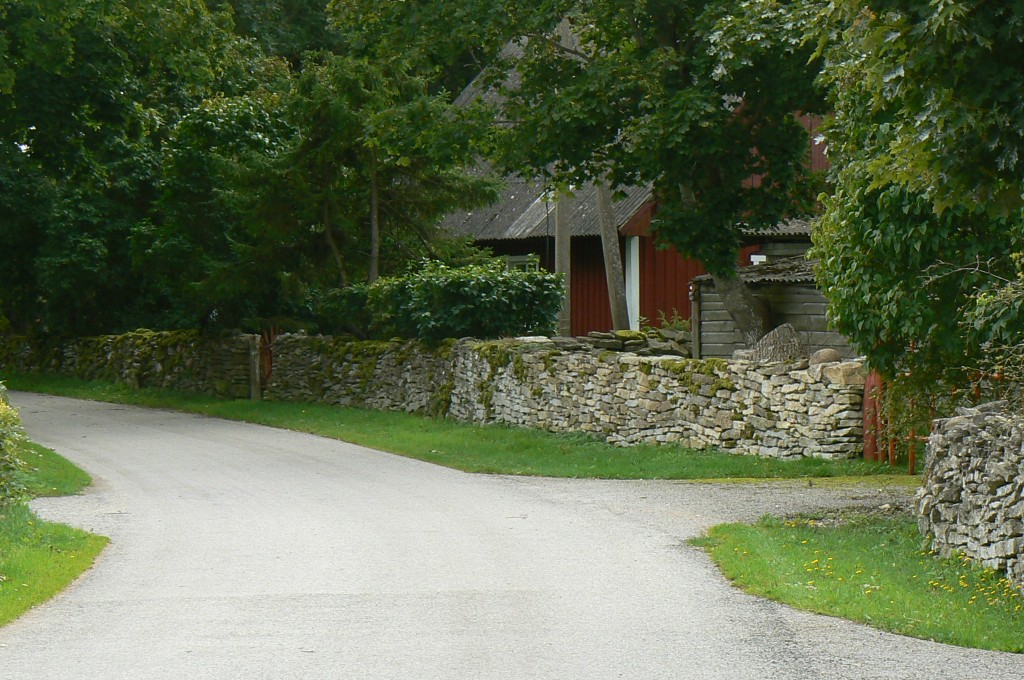 After a really good sleep and a slightly late start, we peddled off. It really was a nasty and exposed road, but fortunately this time with little wind.

We lazily cycled east. It was a cool misty morn, with a gentle breeze meandering through jaded green and the fresh orange of autumn leaves. Perfect morning riding, there was nothing out there to disturb our cycling slumber. We cycled on to the bustling village of Mustjala. Mid-morning Mustjala was entertaining a platoon of peasants carrying buckets of mushrooms and wooden crates of a variety of locally grown produce. They seemed to be selling it to a well-dressed lady in a little fawn van. We stopped at the shop across the road and purchased breakfast yoghurt, water and sausages.

We didn’t quite feel comfortable in the village, so cycled out of town and past a merry bunch of school kids to a pretty-looking Russian church, where we ate our breakfast on their front lawn.

Taking the advice of a few people, we decided to cycle about 20 kms out of our way to Tagaranna. The scenery was the same as the rest of the island and the wind was behaving, so to pass the time we decided to play a game. The goal was to name all of Canada’s famous people that we could remember. This is a really good game to play whilst cycling, because when counting famous Canadians on your fingers, you never have to fear taking your second hand off the handlebars. 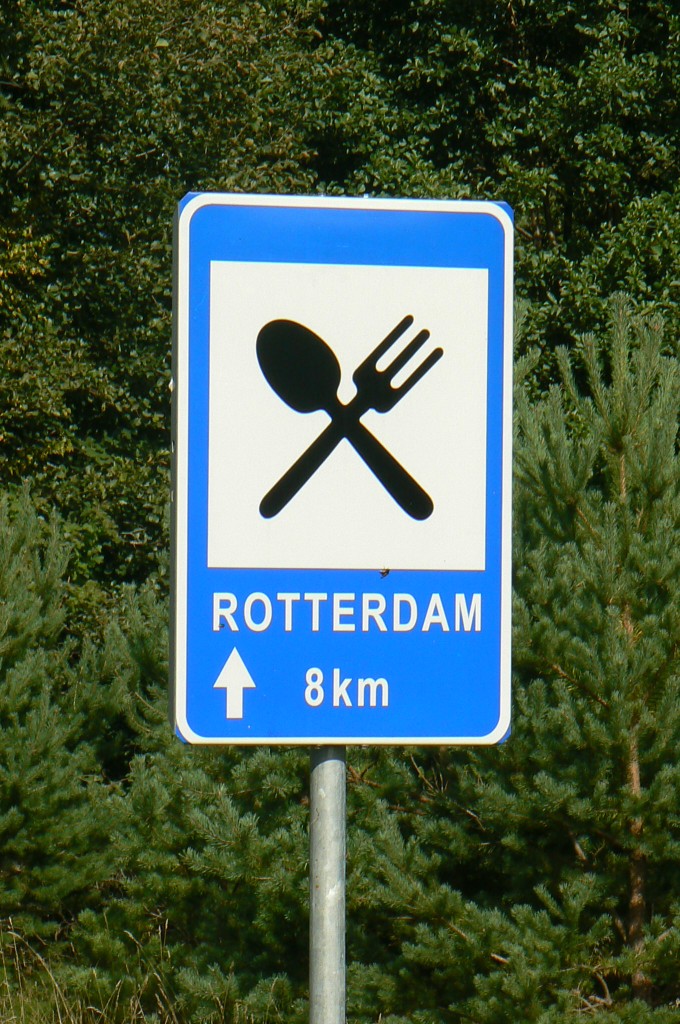 We were following signs in the direction of the Rotterdam cafe. Longing for a coffee, maybe some cake and an hour or so reading my book, I had picked up my speed and left Sharon in my wake. I was fair flying by the time I had got to the cafe. I knew it was closed about twenty metres before the building, however I dismounted, tried the door, sulked and looked disappointed just in case somebody cared. It is the Saaremaa way, come the end of August cafe doors slam tight shut right across the island. One needs to be pretty self-sufficient to endeavour cycling the island in September; fortunately we were.

The village itself was pretty enough, worth a drive, but perhaps not worth the cycle. We powered on towards the other side of the bay and Panga Pank. 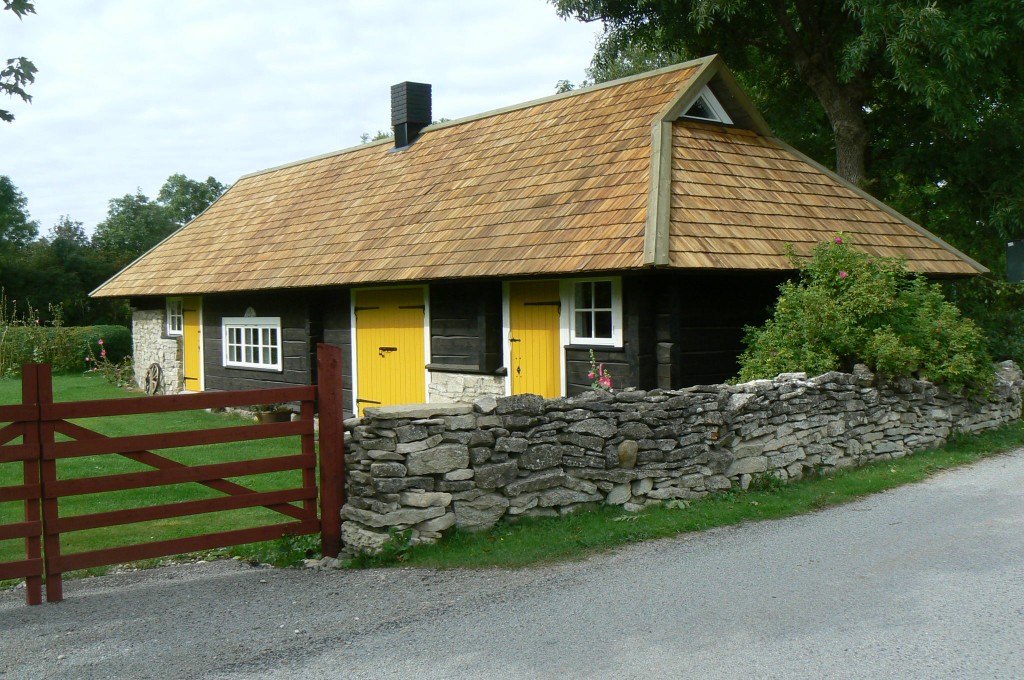 We decided to take a short-cut down a very minor road, which quickly descended into a farm track and worse still, into cobblestones. Upon entering this road we rode past a typical looking farm house, complete with washing on the line, a well and an old woman bent over harvesting something like beets from her garden. Moments later we were greeted by the barking of a dog. His bark sounded an angry warning to us, but his tail wagged a friendly welcome. I stopped, had a chat, stroked his head and cycled off. The mischievous mutt started following us, we cycled faster, but the dog could keep up. After about a kilometre and knowing that we were about to hit a major road, I stopped, picked up some stones, threw them at the dog and told him to go home in both Lithuanian and English. The crestfallen poor dog didn’t seem to understand, however eventually got the message.

We stopped for lunch at a bus-shelter at an intersection called Küdema. It was a horrible place, Sharon’s gears were playing up and needed to be mended, I lost a screw in the process and ended up patching things up with duct-tape. Grrr.

We were a little surprised to find an open shop in Võhma, so I stopped and bought an energy-giving Coke, just because I could. From here we cycled on to Panga Pank.

Panga Pank is basically a twenty-one metre cliff. The cliff didn’t interest my Kiwi soul so much, but I did like the nice mowed grass fields, the seats, views and wide open spaces. It was well worth the visit. I did note that it was set up for tourists, so perhaps in season it could be quite busy.

Our next stop was at Pahapilli, where we bumped into a random German selling mustard out of a tent. He was giving free tastings and it was very good. After a casual chat we were back on the road, a few Euro lighter and few kilograms heavier. We cycled under low late afternoon sun across a rather whimsical agricultural landscape.

We were quite tired and knew we were getting close to our camping spot. I stopped in Metsküla to take a photo of a cute Russian church with a leaning steeple. Again I was greeted by a barking dog, but this time it was accompanied by a friendly wee lassie who was keen to practise her English on me. It was a nice interlude near the end of a long tiring day.

We turned north at Haagi and followed our map to the marked camp-site. We found one, again, with table, fireplace and fire-wood, but it was a little too close to the road. So whilst Sharon changed, I cycled into the bush in search of another, which I duly found, but it did not have fire-wood. With great joy upon returning for Sharon, I loaded up my bike with fire-wood and cycled the final stretch of our 76.72km day.

Our evening wound down with the sound of rippling waves and a crackling fire cooking sausages waiting to be devoured with yummy chilli Mustjala Mustard. 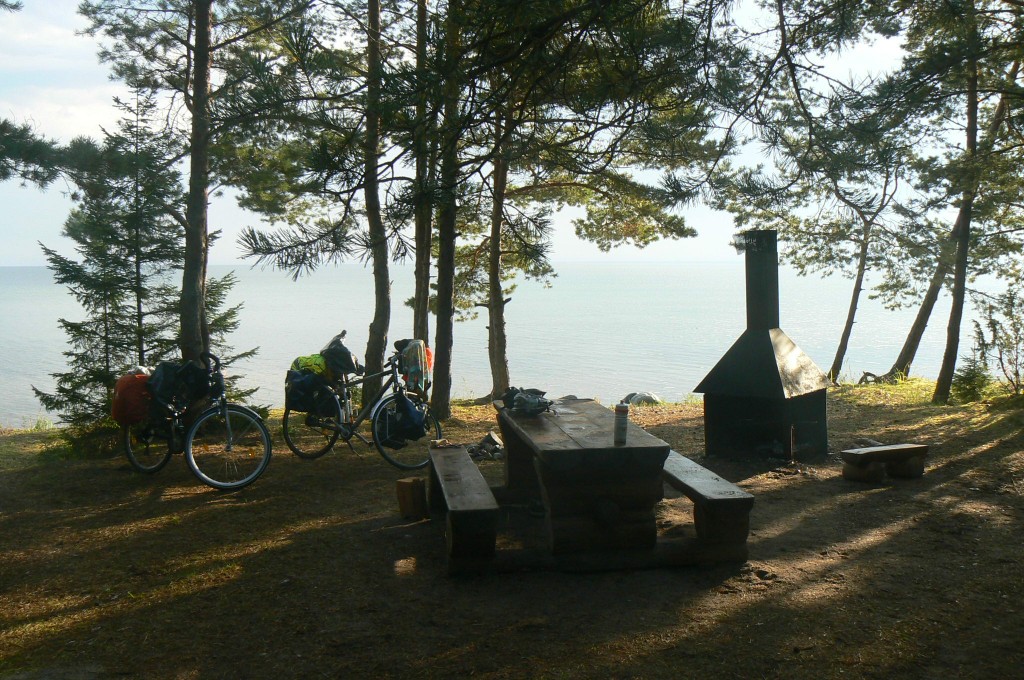