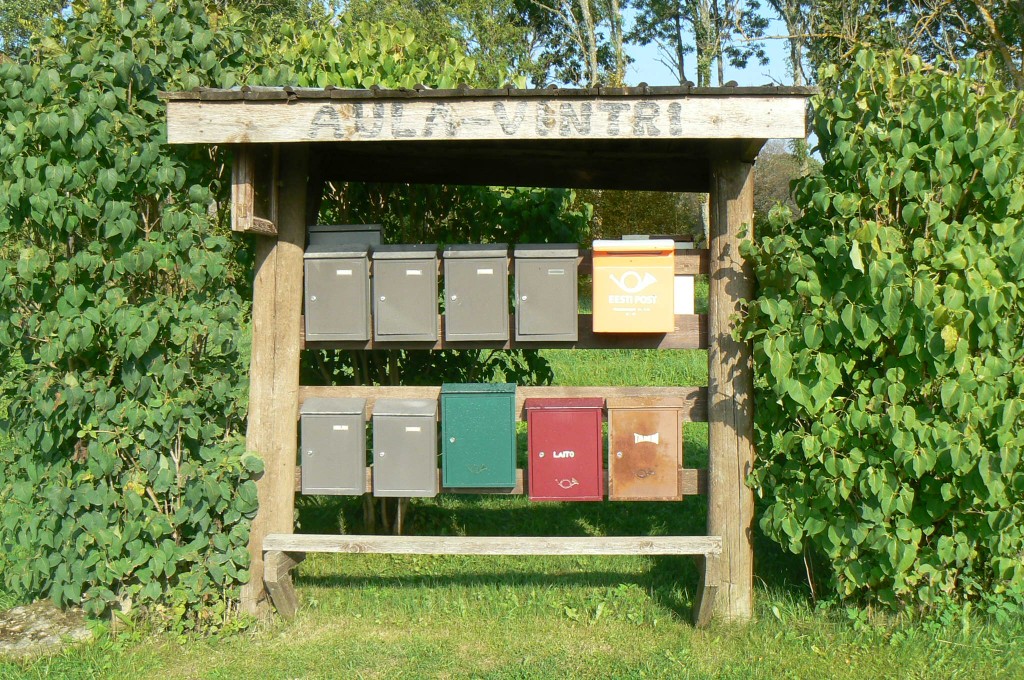 Rain bouncing off canvas is always a beautiful sound, but never a welcome sound. This morning we woke to rain. This was a lovely little test for us, we want to do more cycling together, so a wet start on our last day provided us with good practice for future adventures.

The rain stopped long enough for us to get up and dressed. Shortly after dressing, there was another sudden and very wet downpour. We gathered our open panniers, ran for shelter in the trees and waited it out. Then I wiped down our tent with my bandanna and made a cup of coffee. Just as we were finishing our coffee, it started spitting again, so panic-stricken we collapsed our tent and packed it while it was still mostly dry. We put everything else away, jumped on our bikes and headed out. By the time we had cycled the kilometre to the main road the sun was shining and the trees were glistening like an Oxford Street Christmas Eve.

We cycled five kilometres into Leisi. Leisi had a fantastic wee supermarket and a lovely closed cafe that had conveniently left out its outside seating. We sat in the sun, dried our stuff and relaxed into a slow breakfast of muesli and yoghurt. From here we cycled another five kilometres to Karja. Karja is the highest point on the island and is known for its beautiful cluster of windmills. The great news was they had a cafe that was open, the bad news was, the coffee was not good and we had to endure the noises of men repaving their balcony. After a quick cuppa we cycled on. 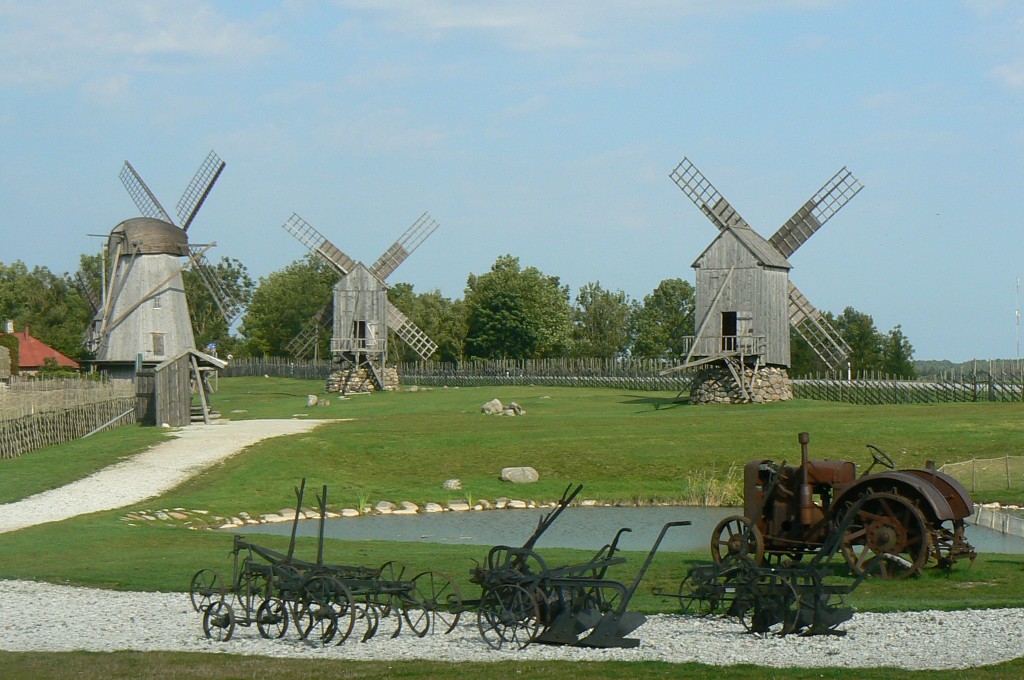 We were heading home and heading inland, this day was destined not to hold the beauty of our previous forested coastal days. We followed a 16km stretch of uneventful gravel road to the village of Eikla. Here we found a delightful small Protestant-looking church that had a bench and seats graciously parked on its front lawn. Thanks God for a perfect place for lunch and the start of sealed road. 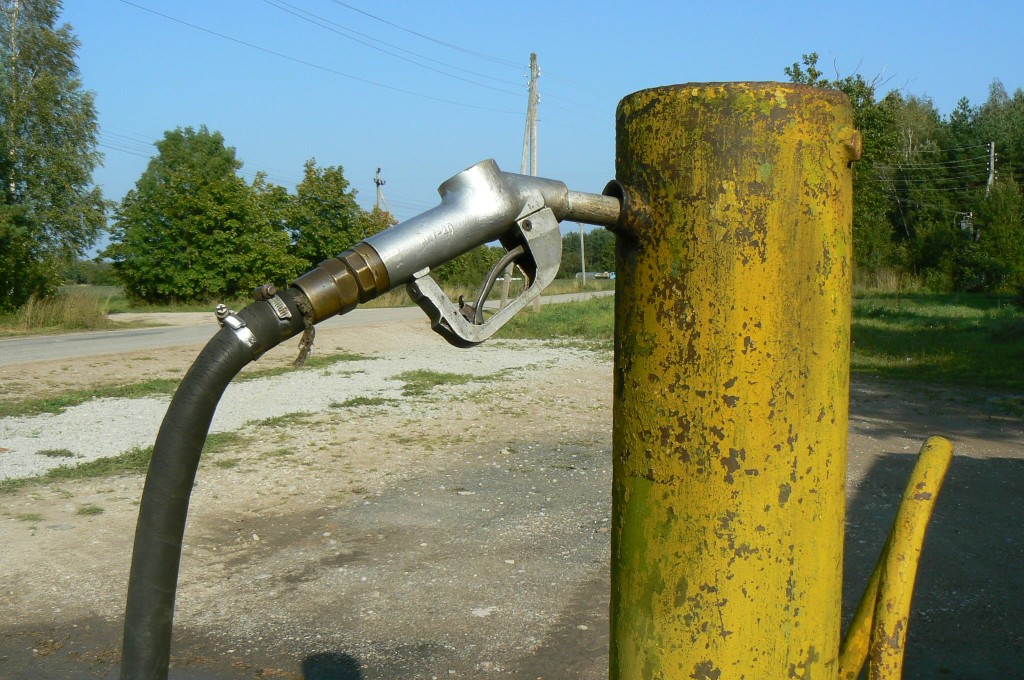 We cycled on keen to finish our journey, but sad our cycling adventure was concluding. We cycled past the rather impressive church at Kirikuküla. The landscape was pretty average, churches and windmills had quickly become our highlights until I stumbled upon the petrol station at Aste. I am talking about the little Aste on the map that is just north of the big Aste. This petrol station was a fantastic relic from a bygone era, whose bygone era, I have no idea. The petrol pump was literally a hose and nozzle stuck into an upright hunk of pipe. In case of fire there was a fire-extinguisher bracket and a red bucket and spade in a wooden case hanging on a wall. Also hanging on the wall was a worn pair of leather gloves and a switch that was waterproofed by having a plastic bottle shoved over it. Aste petrol station was my favourite tourist site on the whole island. 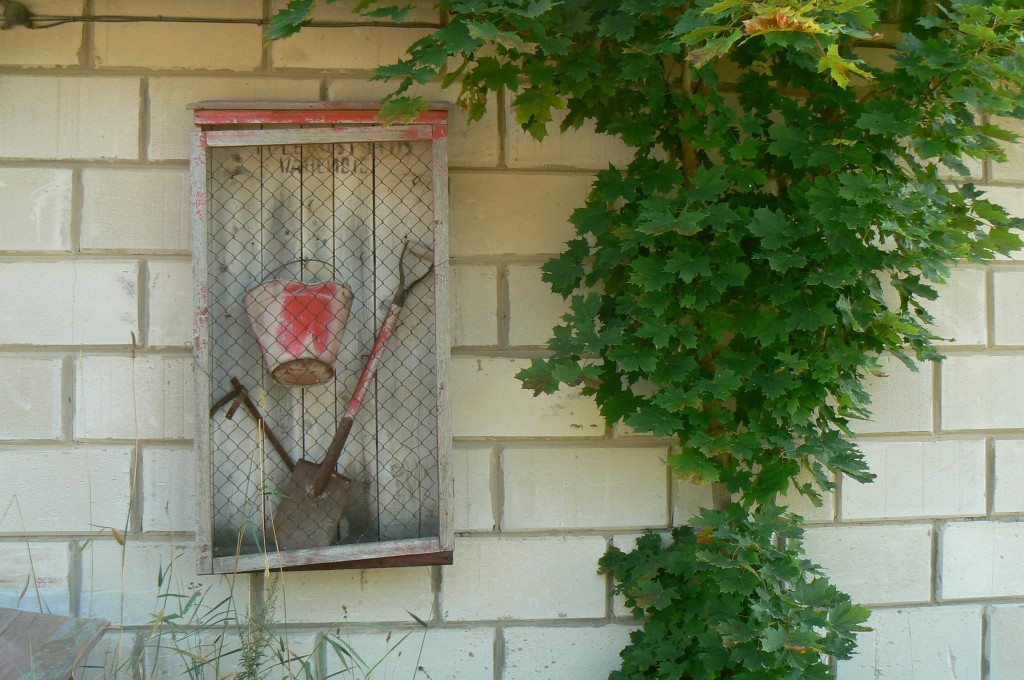 After another seventeen kilometres of rambling gravel roads flanked by mostly barren agricultural land, we arrived relieved and tired back at our guest house. Somehow we had had a miscommunication with our hosts and by their understanding we were a day late, kindly they were getting ready to call the police, such is the care of Estonia’s island people. 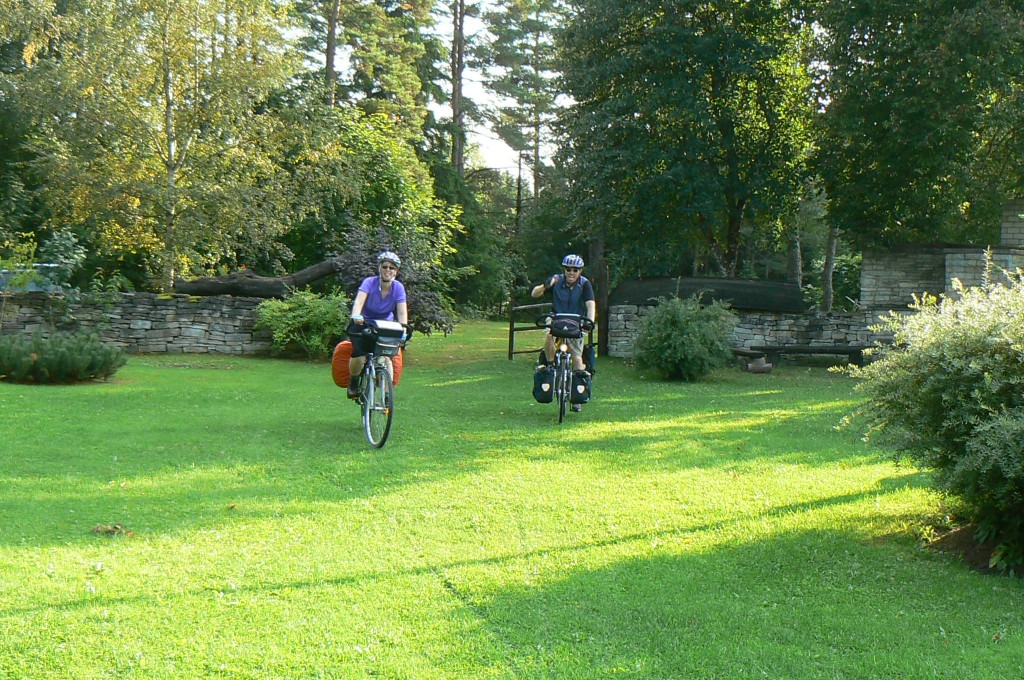 It had been a few days since we had last showered, so after hanging our damp tent, I raced in and had a thorugh scrub, before settling in for an excellent evening meal with our host family.